The Majestic Golf Course is happy to welcome Beau Breault to coordinate our lesson program for the 2021 season.

Beau spent his childhood here in Hartland and graduated from Hartland High School in 2015. During his four years at HHS, he was a three-time varsity letterman in hockey, a four-year varsity letterman golfer, and graduated with magna cum laude honors. Beau received a golf and academic scholarship to attend Eastern Michigan University in the fall of 2015. During his four-year stint at Eastern Michigan University, Beau continually improved his game, eventually leading his team to a Mid American Conference Championship his senior year. Two-year captain of his team, Beau recorded the lowest single season scoring average in the history of EMU men’s golf at 71.67 on his way to earning MAC Player of the year honors. Other accolades at Eastern Michigan University include being named a two-time All-American Scholar Athlete, a four-time MAC distinguished scholar athlete, and the recipient of the MAC medal of excellence for the 2019 calendar year.

After competing as an amateur through college, Beau turned professional in the summer of 2019 where he competed in professional tournaments around the country. During the winter, Beau resides near Orlando, FL where he is able to work on his game and play in tournaments year-round.  When Beau is not playing in tournaments, he enjoys giving back by teaching the game of golf to others. He gives his golf instruction at The Majestic Golf Course in Hartland, MI. For more information on Beau’s golf instruction, professional/amateur career, or to book a lesson, visit his website at beaubreaultgolf.com. 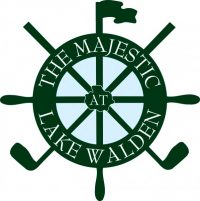